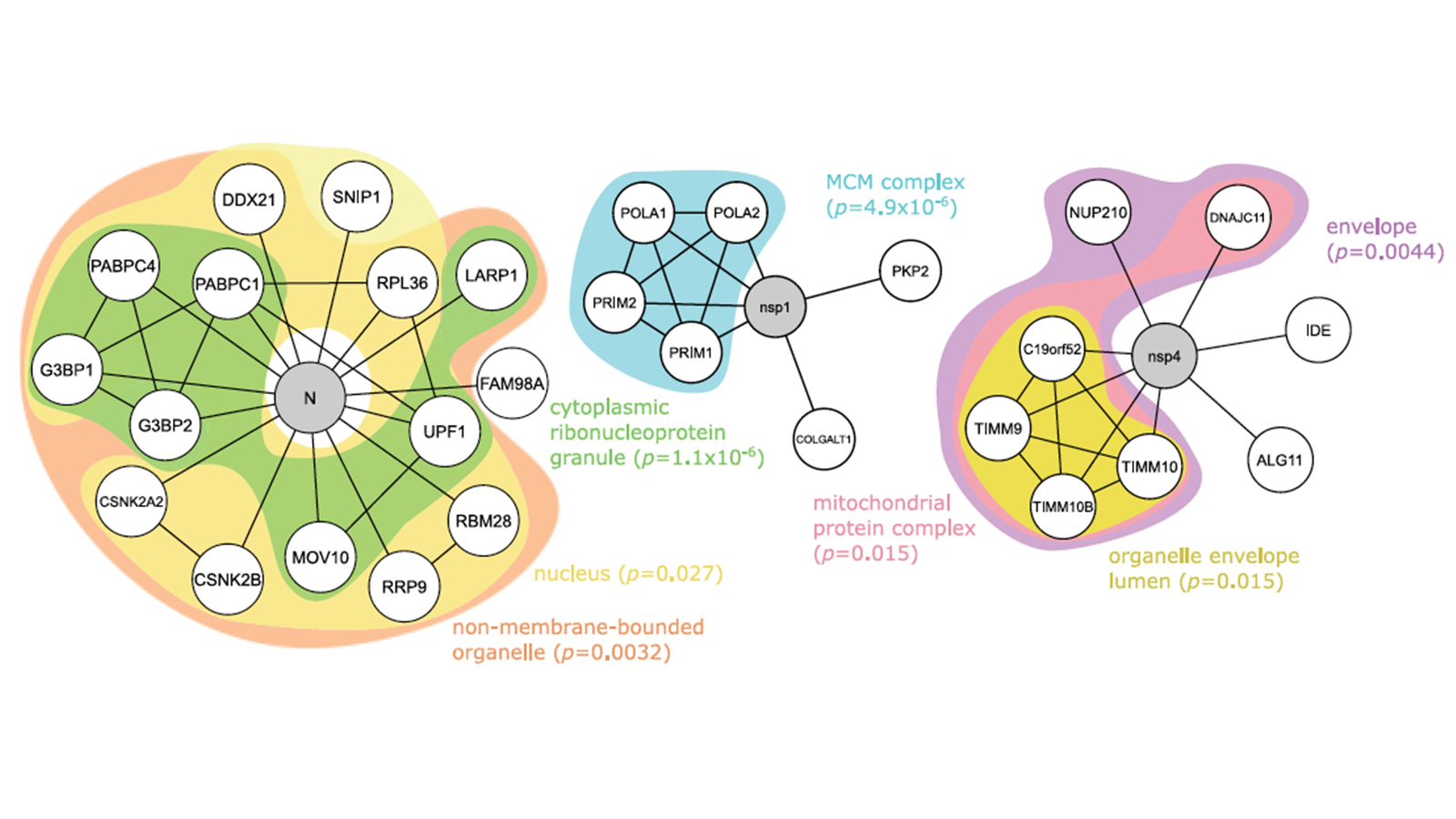 As the COVID-19 pandemic, driven by the SARS-CoV-2 virus, continues, scientists around the globe have collectively come together to develop potential therapeutics against the virus, in addition to the currently available vaccines. The identification of therapeutic targets is naturally a crucial step in this process. One such approach for this task is through the use of protein-protein interaction networks or, more specifically, by computationally mining the protein-protein interactions taking place between viral and host proteins.

The identification of enriched amino acid sequence motifs and functional annotations became the basis for our further analysis of the viral-host protein-protein interaction networks, as we augmented and extended these networks with known interactions using the STRING database. These notably larger networks were additionally analyzed using LESMoN-Pro, for enriched sequence motifs, and using GoNet, for enriched functional annotations. LESMoN-Pro identified 9 significantly enriched amino acid motifs and GoNet identified 329 Gene Ontology terms, identified to be significantly clustered in the in networks.

Our computational analysis of viral-host protein-protein interaction networks for the identification of enriched motifs and functional annotations implicated with SARS-CoV-2 infection in humans may be useful to future research, providing new potential therapeutic targets.