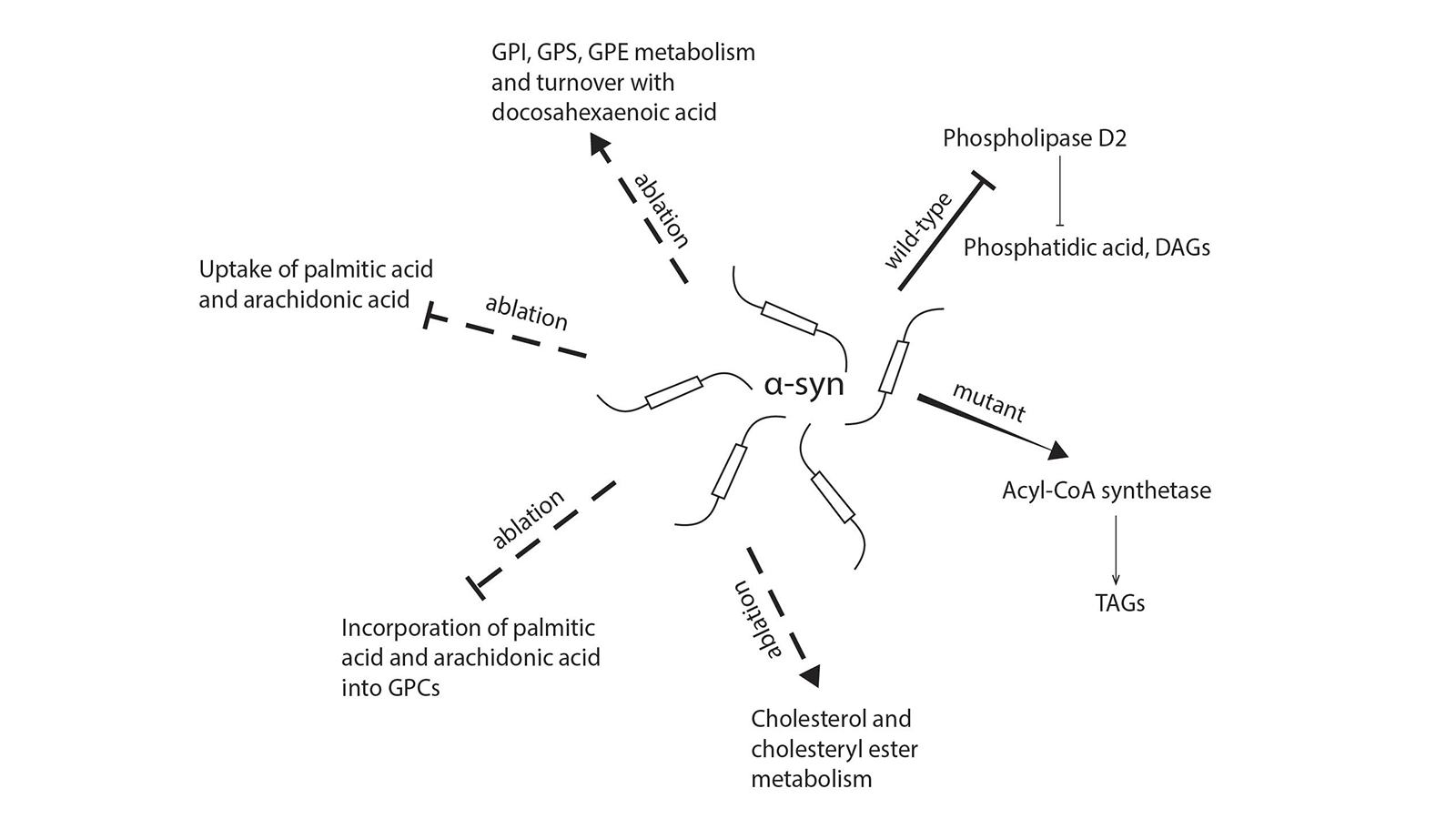 Parkinson’s disease (PD) is projected to affect up to 9 million people worldwide by 2030, with the ultimate cause behind 90% of these cases remaining a black box. While the pathomechanisms underlying Parkinson’s disease have still not been elucidated, recent research is pointing more and more towards the involvement of lipids in the development and progression of PD, including cytotoxic interactions with the protein α-synuclein (the accumulation of which is the major pathological hallmark of PD) and dysregulation of lipid pathways. Furthermore, mutations in genes encoding for enzymes involved in lipid metabolism have been identified as risk factors for PD, while a number of studies employing lipidomics have shown PD-specific lipid alterations in both brain and plasma of patients. Here, we review the current and recent knowledge about the physiological and pathophysiological aspects of lipids and their dysregulation in PD while highlighting conflicting and incongruous findings, as well as gaps in knowledge. As lipid changes appear to precede other molecular changes, identifying these could lead to earlier diagnosis, the ability to stratify patients with other dementias, as well as the development of strategies to impede neurodegeneration. Aside from toxic lipid changes, we also discuss potentially protective lipids, the modulation of whose levels could be employed as a novel therapeutic strategy. Continuing to explore PD-associated changes in lipids will in the future lead to the characterization of PD at the molecular level and allow for the development of disease-mechanism associated biomarkers and cause-directed treatment focusing on lipid metabolism.